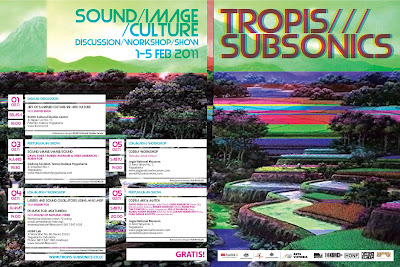 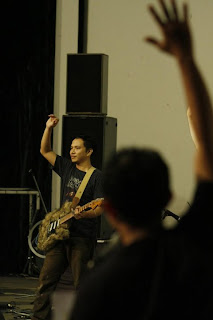 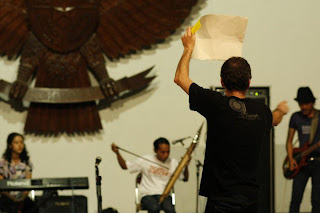 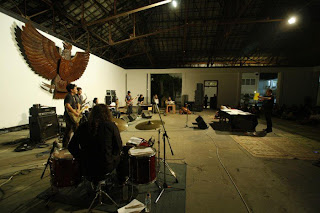 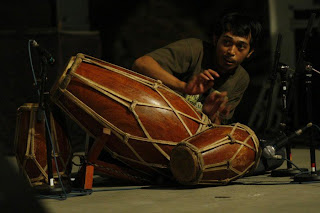 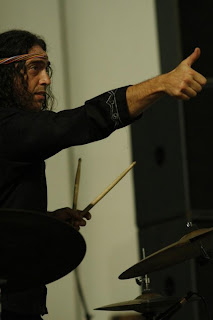 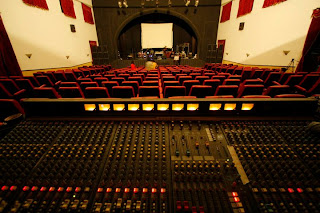 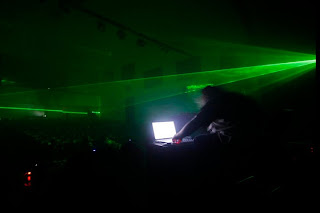 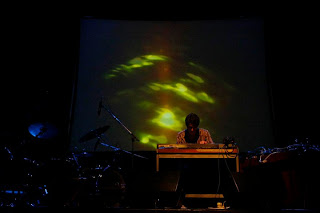 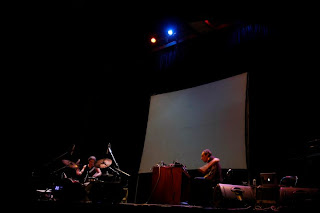 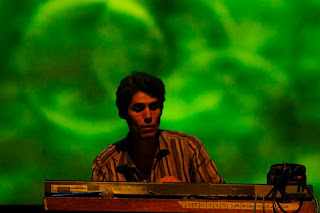 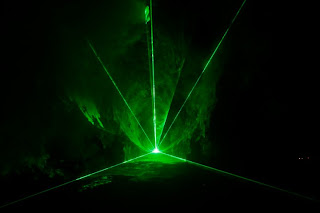 The article below is by Gina Xing about the experimental music festival I curated in Yogyakarta, Indonesia. I have always been interested in music and its relationship to visual arts practice, music that is often considered difficult or not for entertainment is the most fascinating.

Throughout visual arts practice there has always been an intimate relationship with the compositional structures of music. It is well documented for example in the Dada movement—Marcel Duchamp's Erratum musical chance pieces (www.forcedexposure.com/artists/duchamp.marcel.html), fluxus artist Nam June Paik's sound explorations and modernist composers such as Shostakovich and especially Stravinsky's compositions whose immediate influence can be seen in George Balachine's painterly choreographic work Agon. 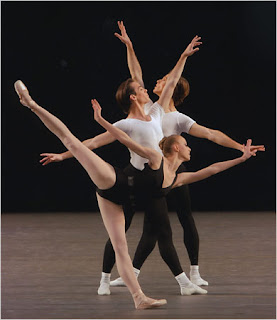 Almost always if you follow musical practices that are on the edge or outer rims of society you can often see quite clearly where most visual arts streams (which includes fashion) are leading too. English punk in Vivienne Westwood's designs, the current explorations of drone music mysticism cropping up as visual arts curatorial themes and Norwegian black metal's influence on current fashion.

Its always rewarding to forage the outer rims and find the rhizomic connections that are inherent in all arts practices.

This Project was made possible by ASIALINK, The Australia Council, Australian Indonesia Institute and Yes No Klub, Yogyakarta.

A TRIP TO A NEW MUSIC SPHERE
by Gina Xing


When it comes to the creation of sound, there’s no limit to what can be done.

Starting today in Yogyakarta, the avant-garde music adventure Tropis///Subsonics aims to take audiences to a new musical sphere that breaks through their conventional ideas about music.

The one-week event, Tropis///Subsonics, draws musicians from across Australia and Indonesia to the thriving art scene of Yogyakarta to share different processes in sound experimentation, Kristi Monfries, the event organizer told The Jakarta Post recently.

The unconventional event hosts programs ranging from talks, workshops, performances showcasing different approaches to combining moving image and sound. One of the open workshops will focus on COBRA, a musical game piece created in the early 1980s by New York musician John Zorn.

Talks on the sampling and remixing culture will be conducted by well-respected musicians David Shea, Oren Ambarchi, Robbie Avenaim and Robin Fox who have come from Australia to meet local musicians.

Piano solo singer Frau Leilani will also be performing at the event, along with these edgy music adventurers. Leilani expressed her interests in collaborating with artists from all backgrounds and said this event would “enhance her ability to improvise”.

The event will do more than just provide an open platform for artists to collaborate and inspire each other. “The word subsonics means a sub-frequency of sound that flies below the radar. So it reflects upon music that is not always accepted but exists in a way to effect change on a subtle level”, said Kristi. “Experimentation in sound is not often seen in mainstream music but is often heavily borrowed from,” she added.

Ownership of intellectual property in Indonesian culture has been an ongoing issue. David Shea, a senior lecturer at the Victoria College of Arts in Melbourne will be discussing the issue in his talk. The well-respected sampling artist has stressed the dominating role of the new music genre in his previous speech. “Attitudes toward technology, ownership of material and works of collage will continue to be the determinant of the direction of employment in 21st century,” said Shea.

On the other hand, many artists in the field of music experimentation struggle to gain recognition, for some even in the underground scene. Wok, co-host of the event, from internet music label company Yes No Club, pointed out that experimental music in the past had not been widely accepted or appreciated in this country.

“Experimental music events in Indonesia are very rare… we hope this event will inspire everyone attending the event to start a band with a new musical direction…For local artists it’s an opportunity to be known in the experimental music world,” explained Wok.

Local artists argue their music is mostly inspired by traditional culture. "Using traditional music or ethnic influences and integrating them with an avant-garde spirit is something I’ve always been working on with my original band, Zoo”, said vocalist Rully Shabara who believes participating will be a rewarding challenge for him, being the only vocalist for the ensemble.

As a fellow friend of experimental musician Wukir, Rully holds a fair deal of optimism for Wukir and his music’s future.

“Introducing ethnic experimental music to an ‘underground’ crowd, which is typically into progression and innovation, certainly can bring his name up to the surface,” said Rully.

Wukir, who created BambuWukir through his deep search of “ethnic experimental” music, explained collaboration with artists that are cultural wise and accepting, was important.

“I want someone who can appreciate my culture so we can learn from each other,” said Wukir. He believes artists local governments or media don’t show appreciation for can be well received outside their country.

When asked what it was like being an experimental musician, Wukir humorosly put it this way: “It feels hot like sambal terasi [a spicy shrimp taste from East Java].” He went on to say: “I prefer the word experimental noise.”

Using a variety of instrument from modified drum kits, sampler-based works, computer-generated music, laser lights, fog machines and video projection, these highly experienced musicians will present a fascinating look at how sound can engage and converse with moving image.