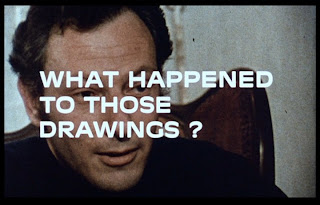 I often get criticised for watching movies from other eras especially now that I live in Indonesia, where there seems to be a fascination with the new and whats happening right NOW, but for me personally I think that's a fatal mistake and mainly for people who believe too much in time and chronology. If something is a great work it is great regardless of when it is made. For me if I see a film from the 40's like a Jean Cocteau film or the 60's like Godard's Band A Part in the year of 2010 for me that is contemporary. I don't believe that time lines really ever existed especially now in the 21st Century and especially now that the internet is basically a blue print for that.

The truth is most films at the mainstream cinema sucks ass anyway—the constant barrage of information and Dolby surround sound with insipid predictable vacant story lines just makes me feel flat and 2 dimensional. It is essentially an insult to the depth that each individual carries with their own personal universes. To buy into those thought processes is dangerous and a kind of poison for the mind. As citizens of the 21st century its crucial that we are more conscious of what those kinds of media can do to the way we see the world and how they affect our personal relationships. I try to guard my psychic space as much as possible but living in this century we cannot control everything that the media conditions us to think and feel.